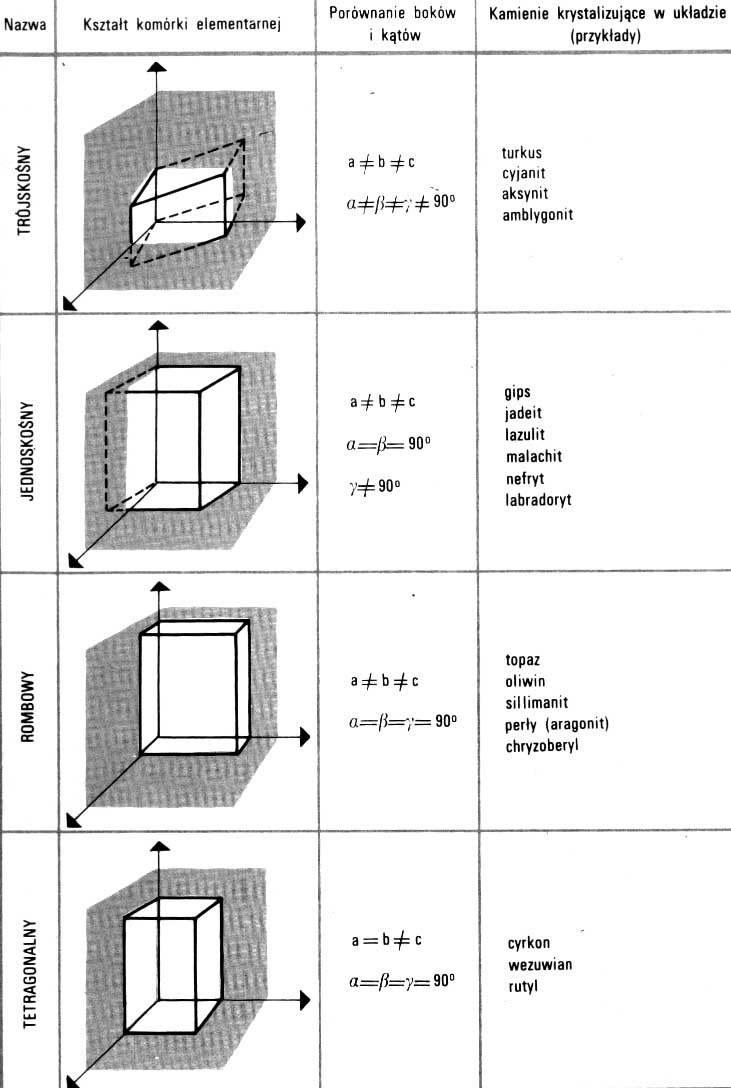 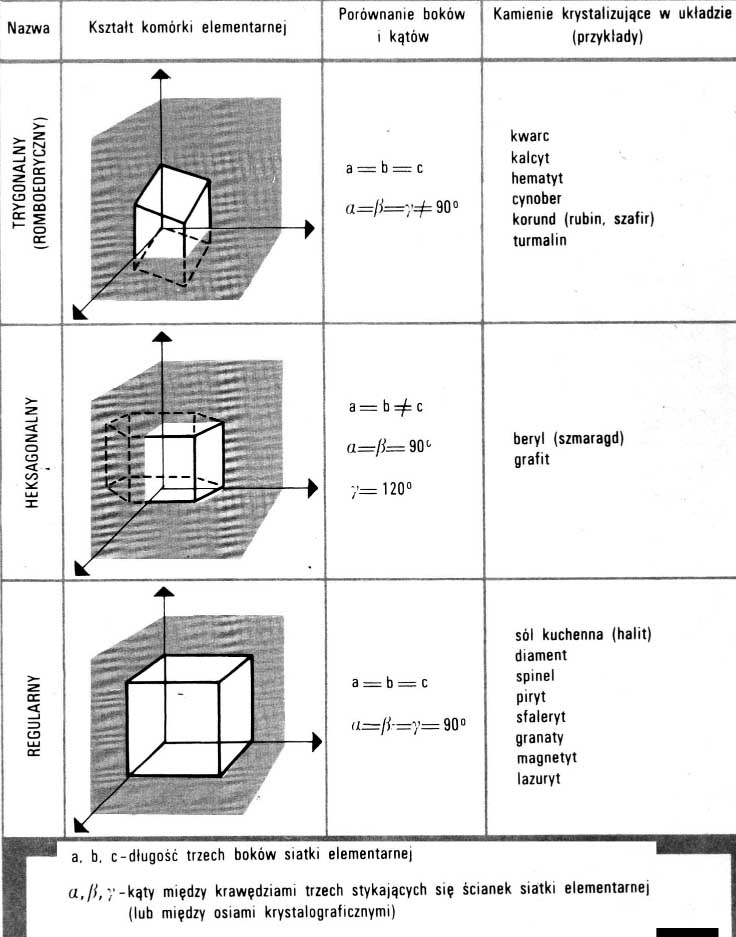 This drawing can be read, that in a very simplified version, symmetry results from the following features of the crystals: 1) each face of the crystal has the same opposite face, 2) in each crystal there are groups of two or more identical faces, so arranged, that each face can be moved to its neighbor by rotating around a straight line called the axis of symmetry, 3) the same walls lie to each other like this, like a pattern and its reflection in a mirror, so they are symmetrical about a plane called the plane of symmetry (mirror plane). 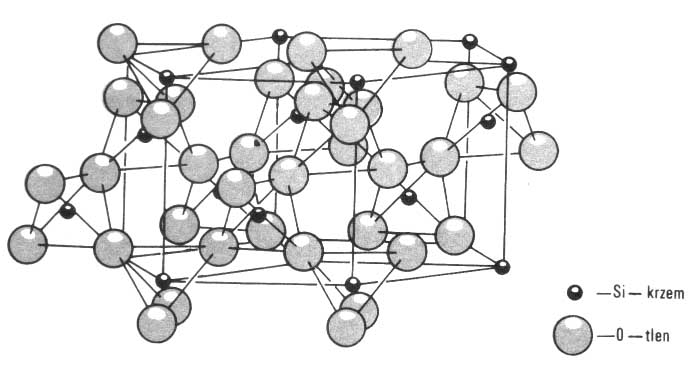 The next figure shows an example of a lattice model. Identical atoms can exist in the nodes of such a network, when it is an element crystal, e.g.. diamond crystal, ions, when dealing with a crystal of a chemical compound, e.g.. in quartz crystal or common table salt, or molecules of a chemical compound. However, keep in mind, that this figure shows only the network model, the arrangement of the elements that make up the crystal, while the sizes of these elements and the distances between them do not correspond to the actual sizes and distances. The drawing showing a model of a crystal with densely packed elements is closer to reality, lying close to each other. 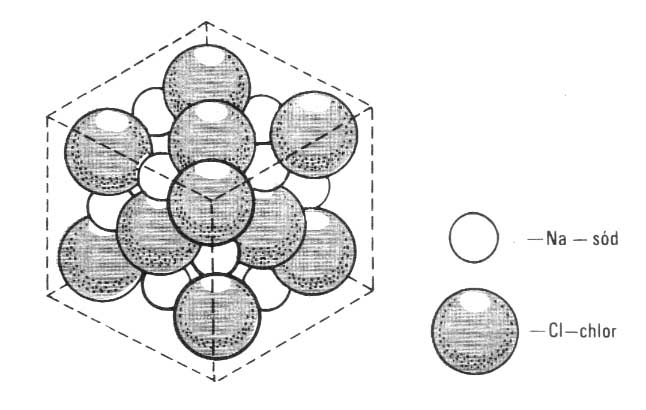 Crystals are formed in a process called crystallization, most often as a result of temperature changes, that is, in the transition from liquid to solid, as with snowflakes or solidifying metals. Most noble crystals, however, result from changes in their chemical composition. This is also how quartz crystals are formed from the solution by crystallization. Some crystals can form as a result of pressure, sometimes very high, as with a diamond, which we synthesize by squeezing the graphite. When the crystallization conditions are appropriate for the material to be crystallized, a perfect crystal is formed, consistent with current theories, in the form of a regular tetrahedron, cube, octahedron etc.. Any disturbance of the crystallization conditions, and in nature, ideal conditions are rare, causes a change in the external form of the crystal, but with the observance of all the previously discussed laws of crystallography. That is why we can observe such a great variety of forms in every home or museum collection, crystal shapes and sizes – also for quartz crystals.

Quartz crystals are most often in the form of clusters of many crystals forming crystal brushes. This often leads to the fusion of the two crystals, and under identical growth conditions - to the formation of another group of crystal forms with the strangest shapes, the so-called. twin crystals.