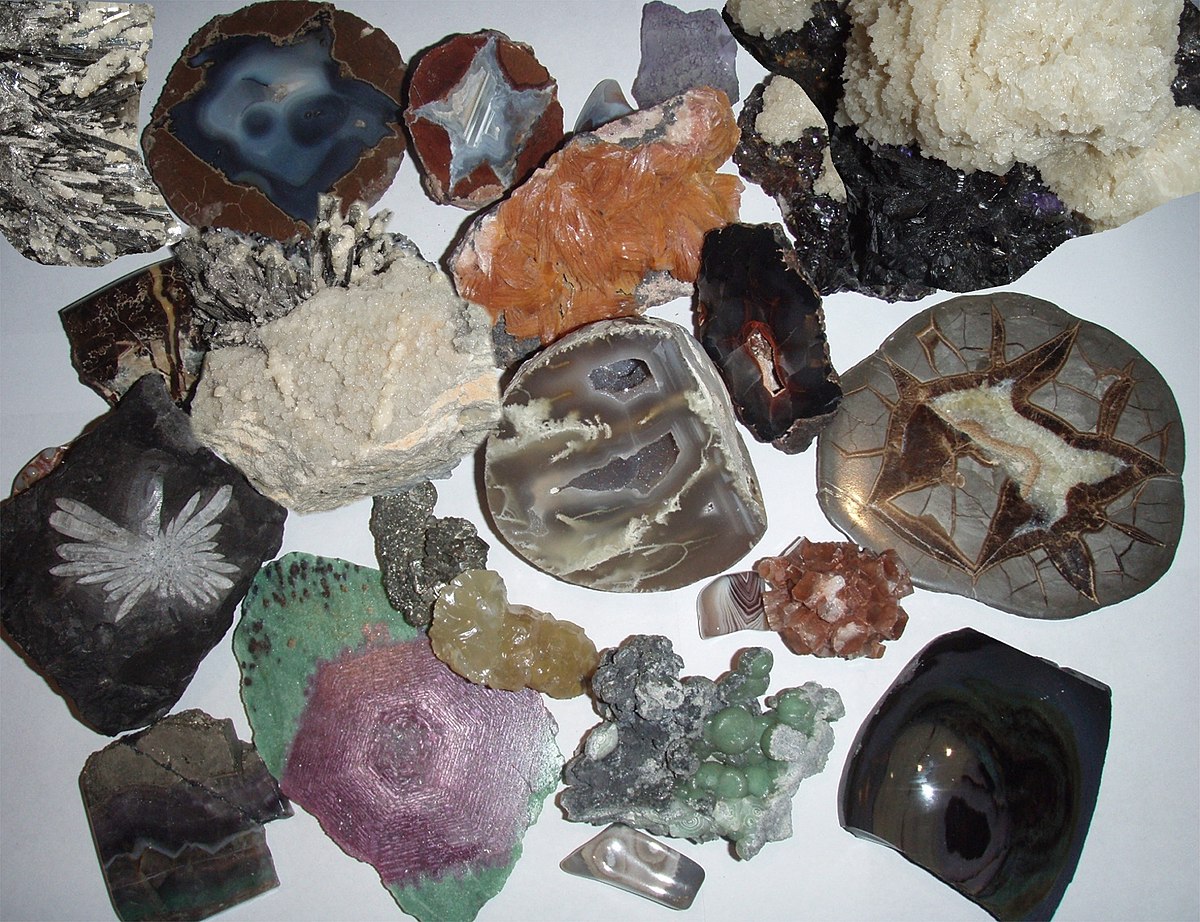 The various processes taking place in the earth's crust cause not only the formation of minerals, but also grouping them into certain natural assemblies. A mineral syndrome bound by a common ancestry, formed in a given place by a specific geological process or processes is called paragenesis, that is, the coexistence of minerals. The science of the paragenesis of minerals - genetic mineralogy - is one of the important branches of mineralogy, of particular importance for the exploration of mineral resources, also gemstones, e.g.. diamonds. The finding of the presence of a mineral in the paragenesis with the sought precious stone may be a clue about the probability of the presence of the sought stone in the studied area.

Minerals belonging to a certain paragenesis did not always have to arise simultaneously. Mostly it can be said, that some of them arise earlier, and others later. Succession of minerals, that is, the order in which they arise, depends on the physical and chemical conditions in the environment, in which minerals belonging to one mineral paragenesis were formed. It happens more than once, that even the same minerals appear several times in the same paragenesis. Then we distinguish different generations of this mineral.

Among the mineral ensembles, which can be considered as the higher order components of the earth's crust, rocks and mineral deposits should be distinguished. Rocks are generally found in the earth's crust in large masses, often having the same or very similar chemical composition and physical properties over an area of ​​many kilometers. Rocks are mainly composed of a small number of the most common minerals, called rock-forming. They are mainly silicates (mainly feldspar and quartz), oxides and carbonates (kalcyt i dolomit). The study of rocks is dealt with by the department of geological sciences called petrography (from Greek petra - scale, grafo - I describe). Mineral deposits are generally small groups, always accompanying certain rocks. Contrary to rocks, they often show great variability. In addition to common elements, they contain rare elements, e.g.. heavy metals (platinum, gold and others), whose percentage share in the structure of the earth's crust is very small. These elements are subject to exploitation when properly concentrated.