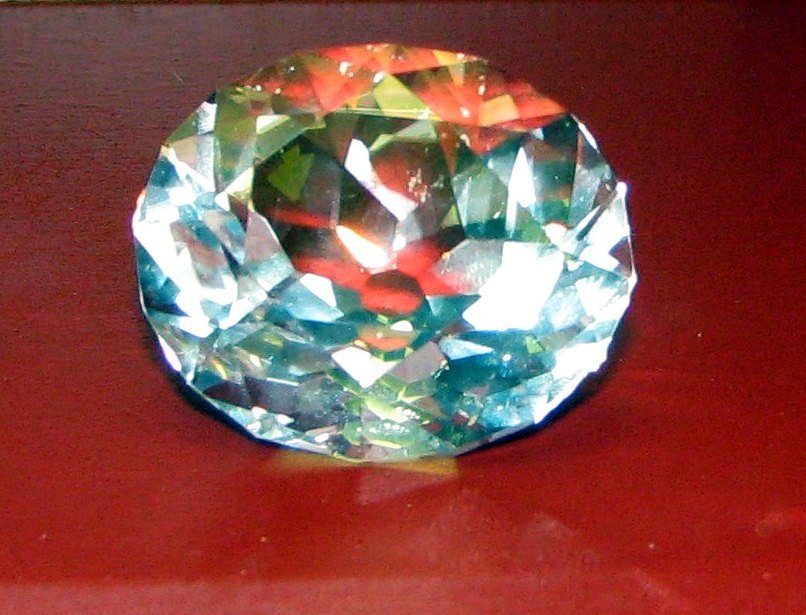 Indian diamonds. Before the discovery of diamonds in Brazil, India was the only known place of their occurrence. From ancient times until the mid-18th century. many beautiful diamonds were mined there; comes from here, among others. the famous Koh-i-Noor. Following the discovery of diamonds in Brazil, doubts were made about their authenticity, for the view was widely held at that time, that real diamonds are only found in India. When the first Brazilian stones could not find buyers, they were sent to India, to be traded from there as alleged Indian diamonds.

Indie, where diamonds weighing hundreds of thousands of carats were once mined, they currently have negligible production, of approx 20 thousand. kr annually. They are generally diamonds of alluvial origin, found in the eastern highlands of the Deccan, in the Panar basins, Kistnah, Godawari, Mahandi and the side tributaries of the Ganges. These are partly alluvial deposits, some of them, however, come from old pre-Cambrian conglomerates. One kimberlite chimney was also operated in Panar. W 1976 r. in total in India 20 thousand. diamonds kr. They were mainly jewelery stones (17 thousand. kr).

Few diamonds are currently mined from alluvial deposits in western and southern Borneo (Borneo), which, just like India, it used to supply larger amounts of sometimes beautiful stones.

Brazilian diamonds. The first Brazilian diamonds were discovered by gold prospectors in 1725. r. in the province of Minas Gerais. This province is the most important diamond-bearing area to this day. He will provide the most stones? the local district of Diamantina. Bahia is also an important area of ​​exploitation, where diamonds were discovered in 1755 r., but they began to be mined on a larger scale at the end of the 19th century. Brazilian diamonds are also found in the areas of Mato Grosso and Piaui, where they occur in secondary deposits, in conglomerates and breaches in the beds of contemporary rivers and in the sediments of old terraces. The diamonds from Bahia are mostly carbonado type, with properties highly valued in industry. One of the stones found had a mass 3078 kr. Some of the Brazilian stones are of high quality, although large stones are rare. The largest are President Vargas (726 kr) i Darcy Vargas (425 kr). Since the discovery of diamonds in Brazil, more than more have been mined in this area 20 min kr. W 1976 r. mined in Brazil 270 thousand. kr including 135 thousand. jewelery diamonds kr. Mining in 1979 r. totaled 280 thousand. kr.