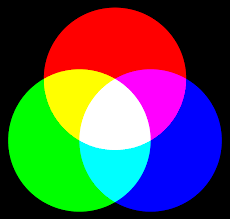 Why are tomato and ruby ​​red, sky, blue sapphire and lapis lazuli, leaves of the trees, emerald, malachite and green jade, and turquoise greenish blue? This was the question the ancient Greeks asked themselves. Even then, people were wondering, whether the color is an objective property of the petals of a flower and a precious stone, or just an impression of our senses. Philosophers have attempted to answer this question, painters, and later also scholars. Color and color impressions were studied by various methods. Today we know about the colors, about the color of almost everything. Almost, for in this area as well each day can bring new ones, sometimes small, and sometimes very serious discoveries.

The human eye can register, and the brain to distinguish 250 pure shades of various colors, from red to orange, yellow, green, blue, navy blue to purple and approx 17 thousand mixed colors. Additionally, we can distinguish about 300 shades of gray from perfect, snow white to completely black. For physiologists, color is the result of stimuli coming to the sense of sight and transmitted as impressions to the brain. The same physiologist says, that only the chimpanzee has a similar ability to distinguish between shades of color and gray, pawian, vervet monkey and some other monkeys. There are also such monkeys, which do not perceive the red color. Horses perceive even less color, deer, sheep, giraffe, squirrels and guinea pigs. The hedgehog most likely only sees yellow, vole only yellow and red, and the civet only red and green. Still other animals, like a hamster and a forest mouse, they do not distinguish colors at all. There are no colored gemstones in their world, everything is white, gray in different shades or black as in the usual, non-color film.

So is the color just an impression of our senses?? This could be confirmed by a psychologist, which studies the influence of color on human behavior. We know from psychology, that the blue color gives the impression of cleanliness, green calms down, and the red excites you until you are very nervous, irritability and aggressiveness. Almost all of us know, that in the meadow, on which the bull is grazing, red clothes should not be worn. Spanish bullfighters also believe, that the bull in the arena attacks, becomes aggressive at the sight of the muleta – a piece of fabric with a traditionally red color. Nothing more fake. The red color has a strong influence on people, meanwhile the bulls, just like the hamster, they do not distinguish colors at all. So the impression of color?

This problem has only recently been clarified, just 20 years ago, after a detailed examination of the human eye and the eyes of other animals and discovery, that the human eye has three different types of color-responsive visual cells. Each type of cell contains a different type of visual pigment and perceives different colors. The sum of the signals sent by these cells to the brain gives complete information about the colors seen. Seen, because some people cannot see the full range of colors. There are people like that, who cannot see red and green, even though they really have red and green gemstones in front of them. And there are also such, who cannot see the colors at all. How sad their world must be.