The colors are electromagnetic waves. 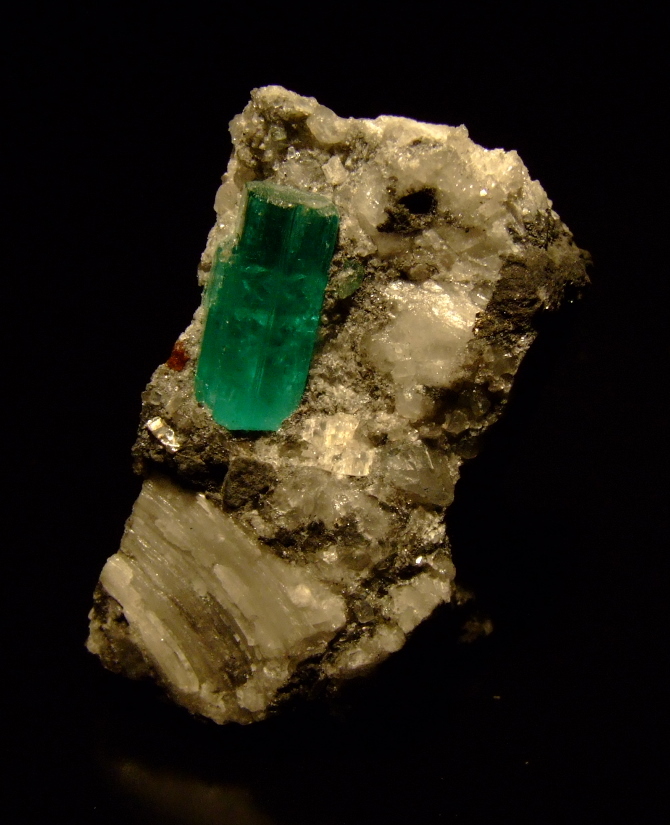 So we know the answer to the question, why is the ruby ​​red, and blue sapphire. Unfortunately, physicists are people much more inquisitive than the common eater of bread. After finding, that it is chrome that tints the ruby, and titanium is sapphire, asked the next question - why? Turned out, that it is necessary to return to optics again, to the light.

The key to finding the answer to this question can be found in a few sentences written in the physics textbook for 8th grade: “The sunlight is white, light emitted by bodies heated to very high temperatures, light emitted by "cold" fluorescent lamps”. And the next decisive sentence: “Sometimes, however, only certain colored lights reach the observer's eye”. Just-… only some of them get there.

We remember, that individual colors are electromagnetic waves of different lengths. These waves behave in the same way as mechanical waves, so e.g.. sound waves known from physics lessons in 7th grade. We all hear sounds, but not all and not always the same. The average person hears sounds with frequencies ranging from 1 6 do 20 000 hertz (Hz), dogs can hear sounds with frequencies up to 38 000 Hz, and bats do 100 000 Hz. However, if we were a source of sounds with a frequency of 1500 do 100 000 Hertz was placed behind a very thick wall, we will stop hearing at all, the dog will hear a little less, and the bat almost full range of sounds, what his ear is capable of receiving. The explanation of this course of the phenomenon is simple. The higher the frequency of the waves, the easier they pass through the obstacle, what is the wall. Another experiment can also be performed. When e.g.. Place the radio behind a partition made of an aluminum plate or an iron plate, we will hear sounds of different pitches. Some of the sounds were absorbed by the obstacle, depending on the material, from which the obstacle was made, they will be different sounds of different frequency.

Similarly, physicists explain why gemstones are colored. White light, is, as we remember, a mixture of electromagnetic waves of various lengths. Each wavelength has a different color. When white light falls on an object that is perfectly white, all the components of the light color reflect off the surface and we see the full spectrum of the spectrum, so white light. When light strikes a gemstone containing chromophores, part of the light, or more precisely, some components of the spectrum are absorbed, and the color of the absorbing body is a color composed of all these parts of the spectrum, which were not consumed. Now the role of metals as dyes becomes clear. The chromium contained in ruby ​​favors the absorption of colors complementary to red. But we know, that not only the chromium content alone determines the color of the ruby, also its quantity. The more chromium, the darker the color of the ruby. With some simplification, you can say, that the amount of chromium has the same effect as the thickness of the colored transparent body, e.g.. glasses. The greater the thickness, the more light is trapped in the glass and the glass appears darker.

When light passes through gemstones and other bodies, shorter wavelengths are absorbed the most., so blue and purple. And this is the reason for a small amount of gemstones in this color and a large amount of green-colored gemstones.