Color according to physics.

Physicists approached the issue of colors quite differently. They took it as a starting point, that color is an objective property of bodies, something that can be measured or weighed, similar to how the dimensions or weight of this book are measured. One of the first, which "physically” he tried to explain the problem of color, was the Greek philosopher and naturalist Aristotle of Stagira. Already in the fourth century BC, he preached, that the colors arise as a result of mixing two components: white light and black light. Different colors and their shades are the result of mixing both basic ingredients in different proportions. White light is sunlight, and even though Aristotle did not explain, what is black light, his hypothesis was considered probable and was held until the mid-17th century. Furthermore, Aristotle's authority was so great, he had such a strong influence on the scholars of the Middle Ages, and even the Renaissance, that the truth discovered in 1648 year was misinterpreted and did not lead to the overthrow recognized since 2000 years of the hypothesis.

Miserable, Uncertain of his arguments and knowledge, the discoverer was the physicist Johann Martius. Martius studied optical images created in a device known in his time as the camera obscura, and today an optical darkroom. 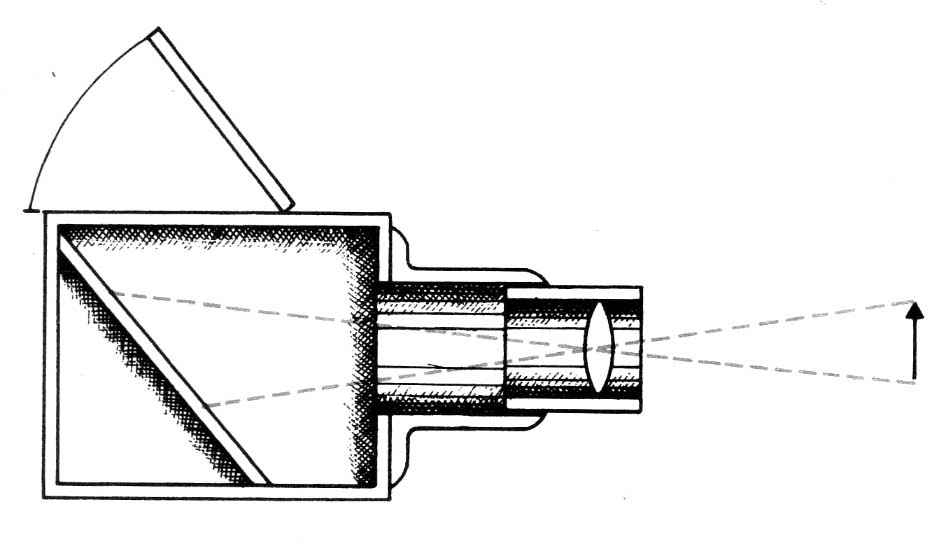 It is a simple instrument, a prototype of a modern camera, ordinary box with a small hole on one of the sides. Light, falling through that hole, creates an inverted image of the illuminated object on the opposite side. Martius's idea was simple. Inside this long-known device, in the path of running light rays, set an equally long-known prism. Effect, known to us from physics textbooks for class VIII, for Martius it was a complete surprise. In the optical darkroom screen, he saw a multicolored rainbow image. Against this, which is written in the physics textbook for class VIII, that's Martius, not Newton, he was the first to split white sunlight and obtained the so-called. continuous spectrum. In this spectrum 7 primary colors: Red, Orange, yellow, green, blue, indigo (Navy) and purple, they pass one into another without a clear border, just like the rainbow that appears in the sky after rain.

So it could be a confirmation of Aristotle's hypothesis? White light is split into individual color components. If Aristotle's hypothesis were true, there should also be a black line on the screen – trace of the second basic component according to Aristotle – black light. Martius tried to explain the phenomenon he discovered based on a hypothesis accepted by everyone, even though the black stripe did not appear, that many facts spoke for the need to create a new hypothesis.