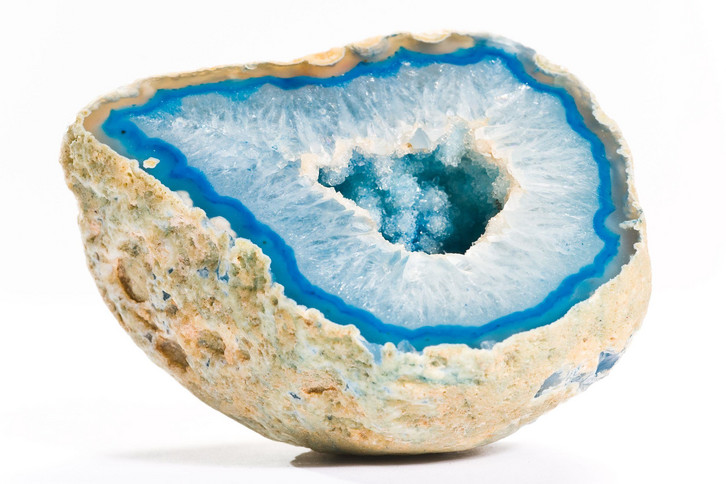 The color of minerals.

Color is one of the most important properties of minerals. It is especially important for gemstones; the value of the stone often depends on the type of color and its shades. In many cases, the color can quickly identify the type of stone. More than once experienced mineralogist on the basis of color and its shade, sometimes hard to describe and almost elusive, it may even define a deposit, which gemstone comes from. The connoisseur of these stones can sometimes say with certainty, whether the diamond he is testing comes from southern Africa, whether from India or indicate the origin of the tested sapphire or turquoise. It is often difficult for him to explain, on what he bases his theorem. Many years of observation of various minerals and a trained eye determine his sometimes amazing certainty in determining the stones.

Minerals are often colorless. Even, however, colorless and transparent minerals, like for example. some varieties of quartz, calcite or diamond, absorb some light, that passes through them. This phenomenon is called absorption. Light absorption, occurring even in colorless bodies, it can cover all parts of white light evenly. The transmitted light intensity is then weakened, which is visible especially in thicker crystals or plates cut from them. Such bodies give the impression of milky white.

In many cases, light absorption is not the same for all colors; some wavebands are absorbed more, which gives the impression of color as a result. When a color is absorbed, there is a complementary color. The complementary color to orange is light blue, to yellow - dark blue, to green-yellow - violet. Depending on the absorption, the human eye perceives different color sensations. The red mineral absorbs all colors except these, which together create the appearance of brood, and the black mineral absorbs the entire spectrum.

Some gemstones look better in daylight, others, on the other hand, look better in artificial light. For example. in artificial light, the sapphire looks less impressive, while the ruby ​​and the emerald take on vivid colors. Therefore, it is not indifferent, under what conditions are gemstones viewed, which experienced jewelers and stone experts know well. The afternoon hours are particularly unfavorable and the research and evaluation of stones should not be undertaken then. The best daylight is midday light in the midday hours.

Also, too bright and clear colors of the surroundings should be avoided, both walls of the room, in which the study of the stone is carried out, as well as closer items. The color of the table is not indifferent, and even clothes.

How the colors of the environment can affect the expression of the human eye, which is an imperfect organ, simple experience proves, which anyone can easily carry out. Observing the three colored fields placed next to each other - red, purple and blue - you can see immediately, that the uniformly colored central area takes on a non-uniform character in terms of color; in the vicinity of the red field, the purple color of the middle field takes on a bluish shade, and in the vicinity of the blue field it becomes clearly reddish.

The background exerts a particularly great influence on the shades of the tested stone, on which it is placed. For this reason, some gemstones are given colored pads, which have a positive effect on the colors, increasing their effect.

Minerals are usually divided into colored and colored. The first of them, also called idiochromatic (i.e.. with its own color), are solid minerals, characteristic color. Malachite is green, azurite - blue, pyrite - golden yellow, vermilion - red, etc.. In this case, the color is related to the presence of an element that is an essential component of the mineral and is invariable, a distinctive feature of the mineral.

In contrast, colored minerals, that is, allochrornatic (i.e.. of a foreign color), they are variously colored, which is the result of small admixtures of various elements or infixes contained in them. For example. fluorspar may be colorless, white, wine yellow, green, reddish, pink, blue, brown or purple. Similarly, quartz can come in many varieties that differ in color. Beside colorless, clear rock crystal are known: purple amethyst, yellow lemons, dark brown and black smoky quartz and pink quartz.